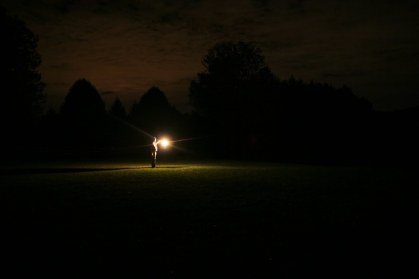 “Someone I loved once gave me a box full of darkness. It took me years to understand that this, too, was a gift.”   ~Mary Oliver

Scripture passage can be found here…

I have a wild, irrational love of the Advent season. The world seems palpably different to me… the evenings especially. I love the growing darkness of December (where I live), and our pushing back against it as we kindle the Advent candles. The dark and the light grow together, in an odd paradox of the season.

How fitting that we should preach this text, which has the paradox of light in darkness at its heart, at the moment when, for those of us in the northern hemisphere, we experience the winter solstice. The people in our pews will have awakened from longest night of the year, as we proclaim: “The light shines in the darkness, and the darkness did not overcome it” (John 1:5). For those in the southern hemisphere, the text is preached on the longest day of the year, which offers its own preaching possibilities.

We are, at long last, beginning our engagement with the gospel of John. As we turn toward the fourth and latest-written gospel, a few things to keep in mind.

1. All four gospels were generated in the context of community. The gospel of  “John” (we don’t really know the author’s name) comes from a late first century (perhaps early second century) context in which, among other challenges,  Jews who claim Jesus as Lord are increasingly alienated from Jews do not. It is incredibly important to place references to “the Jews” in the context of this struggle within the Jewish community. Jesus was a Jew.

2. It is sometimes said that the fourth gospel is the most “theological.” ALL the gospels are theological; this gospel, however, wears its theological heart on its sleeve.

3. The gospel of John distinguishes itself from the synoptic gospels (Matthew, Mark, and Luke) in a number of ways, including:

And now, to our passage. Its opening movement is one which echoes another opening: the book of Genesis:

In the beginning when God created the heavens and the earth, the earth was a formless void and darkness covered the face of the deep, while a wind from God swept over the face of the waters. Then God said, “Let there be light”; and there was light.  ~Genesis 1:1-3

Our instincts tell us that another creation story is at hand, and we are right: the advent of Christ the Word (logos in Greek) is a story of re-creation. In her book The Word Disclosed: Preaching the Gospel of John, Gail O’Day urges preachers to meet the text on its own terms:

When we read the gospels, we are not reading a sequence of propositions about Jesus, nor are we reading disembodied theological texts. Rather, we are reading stories in which narrative and theology are interdependent and intertwined. The way the gospels tell their stories of Jesus is inseparable from what is being said about Jesus. (Introduction, p. 4).

John’s story is about Jesus, but to say just that is to impose a great limitation upon it. As the opening verses make clear, this is a story that encompasses all creation, from the beginning, from before the beginning.

In his commentary on this passage at Working Preacher, Karl Kuhn reminds us that the opening to John’s gospel, like the infancy narratives in Matthew and Luke, sets out the major themes that will inform the entire gospel. According to Kuhn, these themes are:

1. The connection between the Word and creation. In the words of Craig Koester (from the podcast, link found with the commentary), “God said… and there was… the Word is that which creates, that which gives life.”

2. Jesus’ relevance is on an order of magnitude with the Creation story: “From his fullness we have all received, grace upon grace.” (John 1:16)

3. The “world’s tragic rejection of Jesus” (Kuhn): “He was in the world, and the world came into being through him; yet the world did not know him.” (John 1:10)

4. The significance of the advent of Jesus is the indwelling of God with humanity: “The word became flesh and lived among us…” (John 1:14)

1. This is my second year preaching from the Narrative Lectionary, and as I experienced last year, I find myself longing for Jesus. I have missed him! Have you? Chances are we are not the only ones.

2. It is tempting to do “The Gospel of John 101”, especially in view of Kuhn’s thesis that this passage lays out for us the gospel’s major themes.

3. Themes of light in darkness, the longest night, etc. give us several opportunities: To connect with the natural world and the passing of the solstice; to connect with those for whom this is a difficult season because of grief or loss; to point to our anticipation of Christmas just a few days away.

What are your thoughts? I look forward to hearing from you in the comments.

7 thoughts on “Narrative Lectionary: Light and Darkness, Grace Upon Grace”