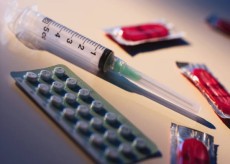 I have an interesting job as a religious professional. I’m not an ordained clergy person in a parish or congregation. I’m the deputy director the Religious Institute, a multifaith non-profit that works to change the conversation about religion and sexuality in this country.

And God knows, that conversation needs to change. Fast. Because apparently we still haven’t settled a couple of questions about birth control.

First, women should be able to use contraception if they choose, regardless of their income. Being able to plan and space children makes women’s lives, and the lives of their families, better and healthier. The inclusion of contraceptive services in the Affordable Care Act, without cost-sharing, is an important step forward in women’s health and economic justice.

Second, religion and contraception are not opposed to each other. Not at all. As a matter of fact, it’s quite the contrary. It was 85 years ago, in 1929, that the first faith tradition in the US came out in support of birth control and today, more than 14 denominations and movements officially support family planning. (Check out page 4 of the Religious Institute’s Open Letter on Family Planning to see which ones.)

In just over a month, the Supreme Court is scheduled to hear cases about so-called “religious freedom” and the contraceptive mandate in the Affordable Care Act. Reading the media reports around these two cases, a person could easily conclude that all religious people are opposed to contraception.

Two corporations, Hobby Lobby and Conestoga Wood, are claiming that the law that provides contraceptive services to women violates their religious freedom. Hobby Lobby and Constoga Wood are citing the Religious Freedom Restoration Act (RFRA) in their lawsuits. RFRA states: “Government shall not substantially burden a person’s exercise of religion…” (Emphasis mine.) Just to be clear: a corporation is not a person, despite the Citizen’s United and subsequent Supreme Court  decisions. Individuals form corporations in order to shield themselves from personal liability. In so doing, they agree that the corporation will follow the laws of the United States. Corporations must follow the law and they cannot exercise religious freedom.

Religious freedom is about individuals. Religious freedom should protect each person’s right to make healthcare decisions according to their own beliefs and conscience. No business owner should be able to impose their religious beliefs on their employees, which is exactly what the plaintiffs in this case want to do. The owners of Hobby Lobby and Conestoga Wood want to deny their workers access to health care services and take away their individual religious freedom.

These cases are about women’s bodies, and who has control over them. The claims of religious opposition to contraception are mixed up in the messiness of our culture’s squeamishness about sexuality in general, and women’s sexuality in particular. The idea that a woman might want to have sex for pleasure and not worry about pregnancy is really disturbing to some people.

I’m unutterably tired of religion being used as the cover for limiting women’s moral agency and sexuality. I am a religious leader and a person of deep Christian faith. And I believe that God created us as whole beings, our sexuality included. Indeed, sexuality and the pleasure and intimacy that it brings are one of God’s great gifts to us. And I am but one voice among millions of people of faith who have no problem with contraception.

So let’s talk about that. Let’s talk about the fact that millions of people ground their commitment to reproductive justice in their faith. Click here for a few ideas from the Religious Institute and some of our colleague organizations about how to do that. And if you are a religious leader, consider adding your endorsement to our Open Letter on Family Planning. Keep your eye on our website for more ways to speak out in the coming weeks. Let’s change the conversation.

5 thoughts on “Religion, Sex, and Politics”