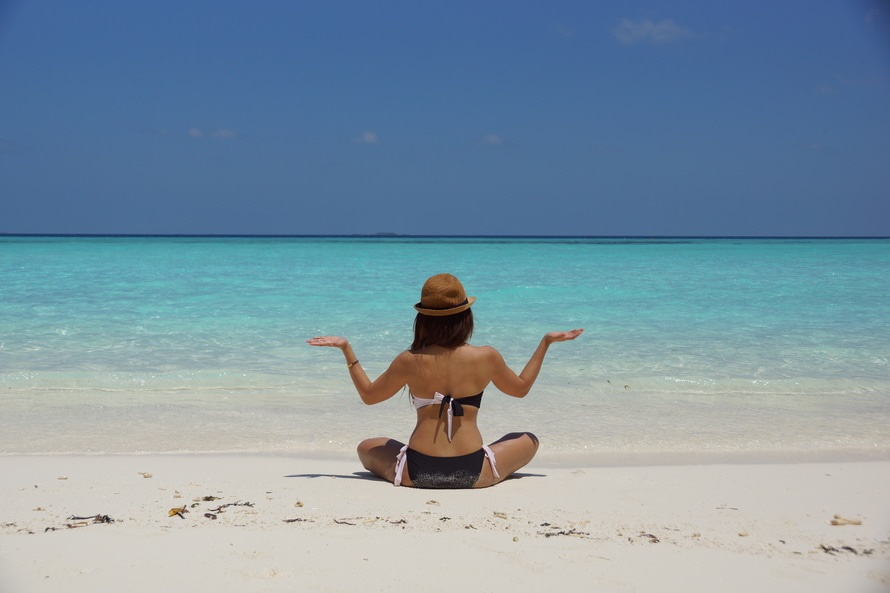 Imagine if you were at a beach, wearing a bathing suit that made you comfortable. The government had just passed an ordinance that women were not allowed to wear tops at the beach. While many women would be absolutely comfortable with this new law, most would feel uneasy baring one’s top. Police got wind of you being at the beach wearing a traditional two-piece bathing suit. They order you to remove your top. You refuse as you know you would feel extremely vulnerable allowing your breasts being uncovered. After your refusal, the police then rip off your top allowing your chest to be bare to anyone who walks by.

When I see the photographs of the Muslim woman at the beach in Nice, France being forced to remove the outer covering of her Burkini so that her arms and neck were bare, this is how I imagine she may feel. I can imagine that she felt violated by both officials and the eyes of the people around her. To her, having her arms uncovered by the Powers That Be is the same as if officials came and forcefully removed the tops off of many of us.  Just like the woman on the Nice beach, we would be ogled at our most vulnerable.

But criticism is also focused at those who dress less modestly as well.

Each year, at least one story floats around online about how a teen girl is told by her school that their dress to prom is inappropriate.  She is instructed to leave the prom, missing one of the most important moments of her young life. Sometimes, the criticism focuses on a detail of her dress that most of us would find insignificant: her straps show too much of her shoulders or her dress is too short.

Criticism of women also extends to our sisters who are breastfeeding or those who are wearing inappropriate clothing for their aging body or after weight gain.  When all is said and done, we might as ask ourselves, will we as women ever stop being criticized for what we wear?

Nothing is new under the sun; women have always been critiqued for what they wear. 1 Timothy 2:9 states “the woman should dress themselves modestly and decently in suitable clothing, not their hair braided, or with gold, pearls, or expensive clothing…” Likewise 1 Peter 3 notes “Do not adorn yourselves outwardly by braiding your hair, and by wearing gold ornaments or fine clothing.”  While it does say that beauty comes from within (“let your adornment be the inner self with the lasting beauty of a gentle and quiet spirit, which is very precious in God’s sight.”), this text does not give permission to the woman to dress in the way that she herself feels the most comfortable.

But if men and women are both made in the image of God, why do we hold women to such different standards? Shouldn’t women be allowed to wear what they want as well?

While all women are vulnerable to attacks on their appearance and the ideal balance of appropriate outfits, the intersection of gender with race, religion, disability, sexual orientation, gender expression and gender identity is required to be recognized.  For instance, our African American sisters’ hair is often criticized and even limited in some work situations.  Even males who are racial minorities, religions besides Christian, and gay, transgender and queer are criticized more than males who are cis-gender white, heterosexual and Christian.

Ultimately, I believe that God is calling us to be our most authentic selves in the way we dress.  Romans 12:1-2 says:

“I appeal to you therefore, brothers and sisters, by the mercies of God, to present your bodies as a living sacrifice, holy and acceptable to God, which is your spiritual worship. Do not be conformed to this world, but be transformed by the renewing of your minds, so that you may discern what is the will of God—what is good and acceptable and perfect.”

Maybe it’s our job as the church to help each person in the world find their most authentic style without being shamed.  Whether a woman is dressed in a beautiful burkini or very baring two piece, maybe we should honor wherever she is today, helping her understand grace when others are throwing shame her way.

*****
RevGalBlogPals encourages you to share our blog posts via email or social media. We do not grant permission to cut-and-paste prayers and articles without a link back. For permission to use material in paper publications, please email revgalblogpals at gmail dot com.

The Rev. Michelle L. Torigian is the Pastor of St. Paul United Church of Christ, Old Blue Rock Road in Cincinnati.  Her essay “Always a Pastor, Never the Bride” was in the RevGalBlogPals book There’s a Woman in the Pulpit.  Torigian blogs at www.michelletorigian.com.

3 thoughts on “The Pastoral is Political: Don’t Tell Us How to Dress!”