Except, of course, that it’s entirely normal.

The current U.S. President hasn’t said anything about women, for example, that hasn’t been said by generations of men who believe they hold free license to objectify & sexualize. Black & brown children have been taken from their parents by slavery, by Church-run boarding schools, by immigration officials. America’s police forces began as slave patrols that terrorized enslaved & freed Black persons in order to defend white wealth … white wealth and white influence that continue to be the currency of politics and economics. Grounding it all: xenophobia that has defined societies and religions since Cain first envied Abel, since the languages at Babel were first interpreted as a curse rather than a gift, since Joshua first scouted the Promised Land and said “God wants this to be ours.”

Not ethical, perhaps, but normal.

Not humane, perhaps, but normal.

Not faithful to Divine Love, but normal. 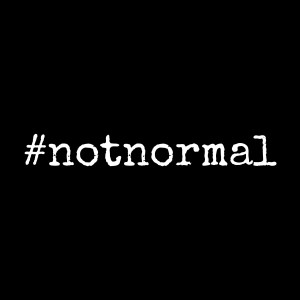 Sometimes when we remind one another, “This isn’t normal,” we aim to categorize unethical-but-usual behaviors as exceptional. We hope to “other” these behaviors, these events, these sins in order to imagine that they are separate from us, in order to claim that we ourselves have nothing to do with such atrocities, in order to believe that we would never personally enact these same outrageous behaviors.

In fact, someone we know probably has already done these things.

And maybe we have too.

Objectified women. Blamed a victim for their experiences. Uncritically supported racialized & militarized police policies. Stereotyped a neighbor or a stranger. Demeaned with slander. Hit in anger.

And the potential pitfall of promising one another and promising ourselves that these behaviors are “not normal” (not usual, not pervasive) on the political landscape is that we might convince ourselves they are also “not normal/common/pervasive” in our pastoral landscapes. Thus the grooming of a young person by a youth minister might be missed, because we believe that such evil is uncommon and cannot possibly occur in our own church. And preaching against abusive tweets might “other” & disguise the signs of abuse rather than inviting parishioners to recognize & repent of their own spiteful tongues & interpersonal offenses. And decrying white men with torches as “not normal” and a “new intensity” may dismiss & disregard experiences of racism’s daily pervasiveness.

“Not normal,” we say, wanting to keep evil at a distance.

I wonder if we sound like the disciples as they protested in turn: “Not I, LORD.”

Rachel G. Hackenberg is a United Church of Christ minister, blogger, and soccer mom. Her new book, Denial Is My Spiritual Practice (and Other Failures of Faith) with co-author Martha Spong, reflects on childhood memories of organizing the church nursery, harboring secret resentment of labyrinths, and other stories of faith.