The Forgotten Books of the Bible is a new study of the Five Scrolls—each of which has a central place in synagogue life, being assigned to the major festivals of the Jewish year, but which are largely overlooked in many Christian settings. They don’t appear often in lectionaries, and while they are sometimes included in Sunday School or Vacation Bible School, the depth of the stories is lost.

The book is written in a very accessible way—it’s serious scholarship, complete with language study and both literary and historical context taken into account, but easily readable even by those without a scholarly background. Each chapter covers one of the five books: Song of Songs, Ruth, Lamentations, Ecclesiastes, and Esther. Each of these chapters is divided into a deep dive into the text, followed by discussion of interpretation and contemporary relevance. None of the chapters is too long—in fact sometimes I found myself wishing they were longer!

The author is both an academic and the pastor of a church, most of whose members are people without homes, or with a variety of other issues relating to socio-economic struggle. His perspective is both that of a straight, married, white man with a PhD and that of someone who is constantly working to be more woke, to address systemic injustice, and walking alongside those that the culture pushes aside or leaves behind. He openly owns his privilege and has been intentional about drawing on and lifting up the work of others whose location and perspective is different from his own.

I have many favourite things about this book, from the tidbits I had never noticed before (like that Ruth takes a bit of initiative when she’s on the threshing floor, going off-script from what Naomi had said, and she does it in such a way that she ensures both her own and Naomi’s well-being, because she had promised to stay with her), to the things I wouldn’t have been able to notice (Naomi’s sons are essentially named “Sicky Sickerson and Deathy McDeathface”—lol—so readers knew they weren’t going to make it!). I appreciate the little things like the phrase “Vashtigate” describing the aftermath of Vashti’s courageous refusal of her husband’s request. I love how the author walks through Lamentations without trying to explain away grief. I love love love the reading of Song of Songs with God as the female character and humanity as the fickle lover who comes and goes. I could go on, but this is getting to be a long review!

Williamson offers contemporary application of these ancient texts, and helps readers see themselves in the text from a variety of viewpoints. He then encourages us to engage the sacred story not just intellectually, but in our lives as well. We can study faithfully, but if that encounter with the Divine Word doesn’t change our actions, then why?

One of my favourite chapter-endings is when he reflects on the book of Esther and how we read it in 21st century White Western culture (p171):

Like Esther, Mordecai, and Vashti, we are called to resist in different ways depending on circumstance and opportunity.

Some of us may resist like Vashti, who grew tired of being treated like an object and responded with a “No!” Using her privileged position as queen, she sought to create space for other, more vulnerable women to engage in their own acts of refusal, risking her position in the hope of helping someone else improve theirs.

Some of us may resist like Mordecai, who used his act of refusal to draw ethnic hatred out of the shadows and into the light of day where it could be exposed and recognized. Then, taking to the streets, he made a spectacle until he drew the attention of those in power.

Some of us may resist like Esther, who shrewdly negotiated the halls of power to save the lives of her people. She resisted by studiously following royal protocols and speaking the language of power, winning the king to her side.

But if we are to defeat the powers of hatred emboldened among us, we must all resist. Whoever we are, wherever we are—perhaps our lives have been preparing us for such a time as this.

This book would make a great study for church groups, especially those who want something both serious and contemporary. It would definitely require reading before discussing, but for those willing to engage in the homework, it will bear fruit. The chapters aren’t long, nor are they arduous reading—quite the opposite. And every chapter has something new to consider, making it a treasure trove for preachers willing to go off lectionary as well.

***I was offered a free advance PDF of the book in exchange for honest reviews. This is an honest review…I literally cannot wait to be able to use this book in my church, and it has already informed my preaching.**

Teri Peterson is a minister on the west coast of Scotland, where she fills her free time with reading (with a cat in her lap, of course) and looking at the rain obscuring the amazing view out her manse window. She is co-author of the book Who’s Got Time: Spirituality for a Busy Generation and blogs (very) occasionally at CleverTitleHere. 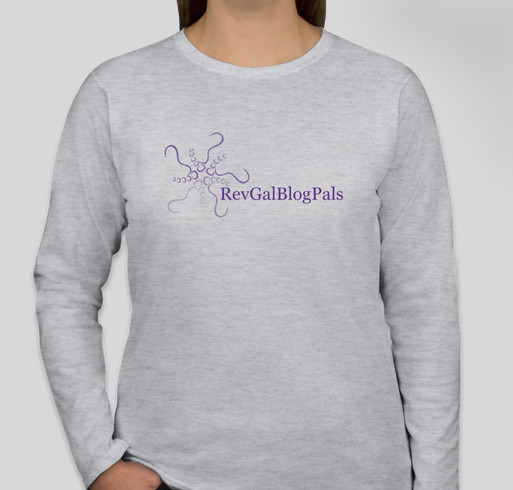 #chooseaccountability: an open letter to Carnival Cruises after Big Event 12