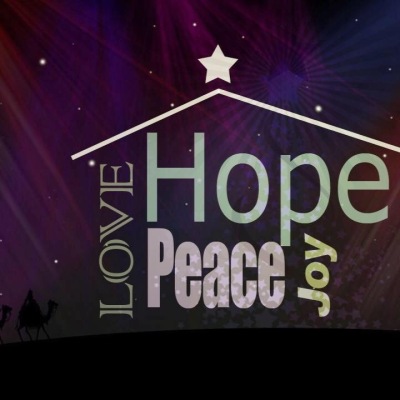 Last week in the UK we had a General Election, you may have noticed! A week ago, I was still full of hope. Today I am in despair.

In the UK we have been grappling with the results of a referendum in 2016 in which the British people narrowly voted to leave the European Union. The narrowness of the victor’s victory in the referendum caused divisions in our country. The bitterness of both sides of the argument has done so much damage that last week’s election result should have been so surprise. But as a glass half full person I hung on to my hope that all would be well. But it isn’t.

Those who will be worst affected by us leaving the EU voted, it seems, for a party whose election slogan was #getbrexitdone. They were unconvinced by the opposition manifestos that should have offered the hope they need for the future. They were persuaded that a lying, bigoted, racist Prime Minister, who avoided any real scrutiny (he hid in a fridge, for crying out loud) that his party offered a better future than anything the opposition parties could offer. And across the UK left leaning constituencies voted for a right wing agenda. The following link to my Twitter feed shows a cartoon that pretty much sums up conversation in our household just now (if you don’t like the ‘f’ word, you might want to look away)

I wonder of this is an all too familiar situation for many across the world today? People who will be worst affected by a political agenda voting for it because the ‘other’ side is unable to persuade them of their argument.

Although Advent we have been looking at the RCL Isaiah passages. Passages that have spoken of a time to come when all will be well. When there will be peace and swords will be hammered into ploughs (Isaiah 2:4); when a knew king will reign with wisdom and wolves and sheep will lie together (Isaiah 11:1 & 6); when the dessert will bloom and there will be a road of Holiness (Isaiah 35:1&8). How far from that time we seem now.

And yet there is a glimmer of hope. Young people across the world are leading the way when it comes to speaking about climate change. Greta Thunberg has become a modern day prophet. In our election young people voted for a fairer society as this graph shows:

(Red is the percentage that voted for the Labour Party and Blue the Conservative Party. The yellow is for the Liberal Democrats. This graph is UK wide and there for doesn’t include the percentage for the Scottish National Party – apologies to Scottish readers)

The UK will be in turmoil for some time to come. Brexit will not be done any time soon. Yes, we have a date for leaving but the negotions over trade deals will go on for many months, if not years. And in that time my biggest fear is that the poor and marginalised will suffer and we will become even more divided. It is clear that Scotland voted very differently to the rest of the UK in rejecting the right wing agenda of the Tory Party. Instead returning in even greater number Scottish National Party MPs. This will inevitably lead to further demands for independence. A move that I have come round to supporting with reluctance. I do not recognise the political landscape of the UK and cannot. I want to live in a society where love and care for each other instead of playing the blame game and scapegoating those we see as different to ourselves. This is not the vision of Isaiah.

This makes Advent all the more real for me this year. In just over a week we welcome, once again, the birth of a tiny baby. A baby born to save the world. And boy oh boy does the world need saving. Christ’s story is not over. It is a story that we need to hear year in year out. It is a message that brings hope of peace, joy and love for all. And those of us, who count ourselves among Christ’s followers have work to do. My first step was to rejoin the political party I left because of its failure to oppose Brexit. I want to be a part of the change that is needed. The pastoral is political.

Peace be with you all this Christmas.

Rev Shuna Dicks is a Church of Scotland minister serving a large suburban church in Aberdeen, Scotland, approaching her 10 year anniversary of ordination.

RevGalBlogPals encourages you to share our blog posts via email or social media. We did not grant permission to cut and paste prayers and articles without a link back to the specific post. For permission to use material in paper publications, please email revgalblogpals at gmail dot com.

2 thoughts on “The Pastoral is Political – Hanging on to hope”