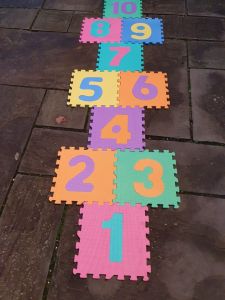 In this Advent season of waiting, preparation and anticipation, the world has waited in eager anticipation for a cure, or at least a vaccine for Covid-19. It has taken global efforts and the co-operation of scientists to produce a vaccine. In the last week, people in the UK have received the Pfizer/BioNTech vaccine.

This should be a cause of rejoicing – but is it? Instead of acknowledging the efforts of these companies in the USA and Germany, one UK cabinet minister thought it was acceptable to brag about the fact that the UK Medicines and Healthcare products Regulatory Agency (MHRA) had approved the vaccine first.

Is that really the most important fact in the world? Over 67 million people in 218 countries and territories worldwide are known to have had this virus. Over 1.5 million people have died. With over 62,000 known deaths from this virus, the UK has the 7th highest death rate per million in the world, ahead of the USA and way ahead of Germany. It was scientists from USA and Germany, among others, who developed the vaccine. Yet the UK Secretary of State for Education, Gavin Williamson, thought it was acceptable to say that it was approved in the UK because we’re the best.
“I just reckon we’ve got the very best people in this country and we’ve obviously got the best medical regulator, much better than the French have, much better than the Belgians have, much better than the Americans have,” he said. He went on to say “That doesn’t surprise me because we’re a much better country than every single one of them.”

Earlier that day, the UK Business Secretary, Alok Sharma, claimed that the MHRA decision to approve the vaccine was a sign that “the U.K. led humanity’s charge against this disease.”

Meanwhile, tit for tat ensued, with the US infectious disease expert, Dr Anthony Fauci, suggesting that the MRHA was too quick to approve the vaccine. In an obvious swipe at the UK politicians, he told Fox news that the USA has” the gold standard of a regulatory approach with the Food and Drugs Agency (FDA)”. Later, he apologised for the statements and claimed there had been a misunderstanding.

The only misunderstanding seems to be these men playing word games with each other, rather than understanding the real impact of this virus on people’s lives. Instead of petty nationalistic point scoring, do these men not understand the importance of this vaccine to people around the world? Do they fully grasp the anguish and anxiety caused by this virus? The effect of death on families and the effect of the loss of income as jobs disappear is causing human misery and despair.

It would perhaps be more appropriate for all politicians and public figures, wherever they are, to ensure that the vaccine is distributed fairly across the world. Although the World Health Organisation, along with others, operates the COVAX program to accelerate equal global distribution, it is clear that the richest countries are getting the first doses of the vaccines.

Meanwhile, in both of these countries, the leaders have other things on their minds. For the UK Prime Minister, it’s Brexit and for the President of the USA it’s trying to overturn an election loss.

As we wait for justice for all people this Advent, let us remember the birth of the child, Jesus Christ. Let’s also remember the words Jesus read from Isaiah “”The Spirit of the Lord is on me, because he has anointed me to proclaim good news to the poor. He has sent me to proclaim freedom for the prisoners and recovery of sight for the blind, to set the oppressed free” (Luke 4:18).

It is always necessary to speak up for and act for justice. As 2020 draws to a close, it is especially necessary globally. So when our public figures play playground politics, let’s ensure we keep in mind what matters.

Rev Maggie Roderick is a Church of Scotland minister, whose most recent parish was in a Central Scotland village. She now lives with her husband in Stirling, providing pastoral and preaching cover where it is needed. Maggie is passionate about social and environmental justice. Maggie has a blog which she says she will use more some day. It is at http://www.viewoverthewater.com

RevGalBlogPals encourages you to share our blog posts via email or social media. We do not grant permission to cut-and-paste prayers and articles without a link back to the specific post. For permission to use material in paper publications, please email revgalblogpals at gmail dot com.