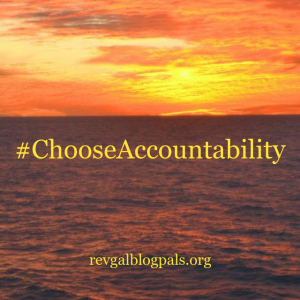 On Sunday, January 6th 2019 a group of 63 female clergy, ministers, and community leaders from around the world embarked on an 8-day cruise aboard the Carnival Magic. While the trip was designed to provide space for fellowship and professional development for women engaged in Christian ministry, many of us were drawn to the 2019 RevGalBlogPals’ Big Event for reasons beyond these. We showed up for camaraderie, for rigorous study on Womanist Midrash with Rev. Dr. Wil Gafney, for relaxation, and – as individuals who accompany countless others through celebrations and trauma alike while navigating the complexities that arise in our own lives – we showed up for respite. Unfortunately, for 9 of us who identify as Black women, our time aboard the Carnival Magic was colored by our experiences of taunting and discrimination at the hand of the ship’s employees.

On the second night of our cruise, several women from our group went to a nightclub on the ship.  The evening began enjoyably, but quickly took a turn when the DJ hosting that night (DJ Bl4ck Zoe) began to play music by R.Kelly, an R&B artist who is currently being investigated for allegedly engaging in illegal sexual relationships with more than one thousand minors and allegedly sexually assaulting hundreds of women. Hearing his music offended not only our group, but more than a dozen others in the nightclub. When we all gathered around the DJ Bl4ck Zoe’s booth to request that he change the music, he laughed at us all, shrugged his shoulders, began singing and dancing, and refused to honor our request. This led us to leave the venue, only to be made fun of by the DJ in another part of the ship later on that night.

Repeated taunts from the DJ, followed by Guest Services’ failure to address our written complaint, led our group to request that DJ Bl4ck Zoe be removed from his duties. Our insistence for action led to security being called to quiet our voices. Subsequent meetings over the course of four days with officials involved our appeal for appropriate training of Guest Services individuals, removal of offensive and triggering music from the ship playlist, and compensation for time spent on this issue instead of the respite that we paid for.

By the fifth day of our seven-day cruise, the DJ in question was removed from his post for the duration of our cruise. We were told that Guest Services staff engaged in conversation regarding their behavior. Our appeals to remove the songs and music artists from their playlist were denied; we were informed that Carnival Corporate determines which songs are included in the playlist that is distributed to all 26 cruise ships.  Each woman involved was credited a total of $100.

It’s important that we make clear that our experiences aboard the Carnival Magic were not simply instances of poor customer service but clear examples of the systemic acts of violence experienced by marginalized groups like women, Black Americans, and sexual assault survivors. We spoke up and addressed DJ Bl4ck Zoe – the individual who first perpetuated the harm – and were ignored then repeatedly mocked. We reported this individual and the ways in which we were mistreated and the guest services team failed to offer response, despite written and verbal follow up being requested. We spent hours at guest services asking for proactive solution and accountability which staff failed to provide. After 5 days of emailing corporate, speaking with ship staff, and sitting in meetings with onboard management, we never received any true resolution or follow up to ensure that we, and future cruisers, never have to be subjected to the gross mismanagement and dismissal of incidences of harm like this again.

Our individual experiences aboard the Carnival Magic also point to larger systemic issues related to race, gender, and assault survivorship. The crew admittedly did not understand why playing songs glorifying sexual violence, supporting an artist who was (and still is) in the news for assaults on (mostly) Black women and girls, and not taking into account how inattention to current events can be problematic or harmful for guests until we explained it. There was a clear racialized difference in the treatment of and responsiveness to other guests, including those in our larger party, when they made complaints about their cruising experience.

Said more plainly, the multiple instances of harm experienced by the Black women in our group went ignored while white women received swift and careful attention.

Implicit and explicit bias were at work in what we experienced and as ministers, educators, and professionals who work to mitigate spiritual, emotional, physical, and systemic harm, we are sharing our story in order to encourage Carnival to be accountable to us in ways that they have yet to demonstrate and to adopt policy and procedures that will help them be more accountable to others in the future. We believe that it is possible for this organization to shift its culture to ensure that all cruisers – not just those with identities that afford them privilege – feel safe, affirmed, and cared for aboard every Carnival ship and are doing what we can to invite them into a process in which that can happen.

We have asked Carnival to engage in a corporate accountability process that will hopefully mitigate harm for others and give them a clear path to resolution (and restitution, when necessary) if harm does occur. These are our specific requests for action:

Accompanying Carnival, iHeart Media and Radio One companies are also the current subject of mass campaigns to remove R.Kelly’s music.  With Carnival’s public data reflecting the service of 11.5 million guests annually, the power to promote change lies well within your hands.

RevGalBlogPals, Inc., has cruised with Carnival 8 times since 2008 and spent an estimated $200,000 on cabins alone. We believed Carnival would provide excellent hospitality and customer care to all our members. We ask Carnival to restore their commitment to “consistently deliver fun, memorable vacations” and to show us their good faith by:

We will reflect on a continued relationship with Carnival contingent on apologies and reimbursements within 10 business days, as well as a presented timeline for the other actions within 4 weeks.

While we’ve been hard at work engaging Carnival and its employees to address the harm we experienced, we could use your help. To support us in this effort:

We invite you, our friends, coworkers, and neighbors, and Carnival to join RevGalBlogPals in our mission to create community by becoming true allies to end racial and misogynist bias and hatred, as well as institutional discrimination.

7 thoughts on “Open Letter and Call to Action: #ChooseAccountability”

RevGals weekly e-reader: Love Bids You Welcome
Is there any other job like pastoring? I don’t have to recount my days to tell you what I mean, do I? You know the lows and the highs—the holy moments where your heart soars with love for a friend, and the unholy moments where you’re beat down by condescension and conflict. All too often, we hear nothing but criticism, face congregations who will not follow, who willfully don’t participate in what we create, just to prove a point. And all too often, we’re bearing the brunt of bad behavior wondering if we should stay or go. I finally hit the 5 year mark at my church last year. And there’s a shift. A sort of “after all the hard times, you can have some good times” shift. And for a short while, things have been really good in this congregation, and I am hopeful about our future. My congregational coach said to me recently, “You made it. Not that many pastors do.” And yet, I wonder if it’s not exactly what congregations need right now—someone to stay through the good and the bad, to love them even when they’re not worthy, to call them back to being church. If you are in that terrible time, beat down, and discouraged, if your days of full of unholy moments, I want to remind you that you can make it through. You will see better days. This conflict does not reflect your passion, skill, and capability as a pastor. It instead reflects the unrest and difficulty of our age. Say it with me now, if you can. “This is not about me. I am strong. I am kind. I am good. I am loved deeply. And I will get to the other side.” -- Good God, bless our siblings in ministry. Help them through this time of unrest and difficulty. Help them to see your Light in all of the troubled times. Hold them, sustain them, and let them come safely to the other side of community building. Amen. -- Rev. Lia Scholl is not-that-kind-of-Baptist preacher and pastor in Winston-Salem, North Carolina (U.S.) and is the author of I Heart Sex Workers (Chalice Press, 2013).