Christ the King Sunday has long been my least favorite day in the church year. To begin with, most of us haven’t had any experiences with kings aside from characters in fairy tales or movies. I don’t like to think of the Messiah as being comparable to, say the King of Hearts from Alice in Wonderland. Even the king as royal figurehead is a fading image, given the 64-year reign of Queen Elizabeth II. Only three countries in the world are still governed by absolute monarchies. Unless you are preaching to a congregation in Saudi Arabia, in my opinion, it is very difficult to reclaim the image of a king for modern society. 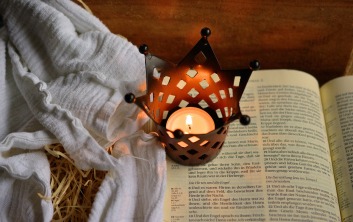 More importantly, I take issue with Christ the King Sunday because the masculinity of Jesus is often celebrated on other days of the year. Rarely have I worshiped in any denomination, in any geographic location, where Jesus was not referred to as brother, son, or king at least once. What does it say to women and girls that their savior is male? How can this theological belief influence their relationships with the men in their lives? What influence might the image of Jesus as a powerful man have over those who are being abused by the powerful men in their lives? We are not doing girls and women any favors by celebrating the traditional male roles that Jesus can fill. Perhaps if we also celebrated “Christ the Mother Hen Sunday” I would feel less frustrated about the celebration of Jesus as king on the Sunday before Advent every year.

Having said all that, I know that many churches around the world, including mine, will be honoring Christ as king this coming Sunday. Renaming this day to Reign of Christ Sunday is one way to soften the imagery of the day and make it more inclusive. Yet, given the political turmoil in many of our communities, it may not be any more helpful to see Jesus as a generic ruler than it is to see him as a king. Those of us in the United States are preparing for the presidency of a man who won the second-highest number of votes. Around the world, there have been breaking of past alliances and outright insults of people from other countries, not to mention countless ongoing conflicts and the refugee crisis. Celebrating the rule of Jesus seems both more necessary in today’s political climate, and more difficult because of the lack of appropriate people with whom to compare him.

A popular theme of Reign of Christ Sunday has been that Jesus is not your typical king – he rules out of humility rather than power. This is obvious in Year C because the story of Jesus’ crucifixion is assigned for this day. In a time when so many are disenchanted with their political leaders, Jesus’ self-sacrifice can provide a more genuine example of leadership. This might be a meaningful approach to the day for this year. The rest of the RCL readings provide additional images and ideas for describing who Jesus is, as a ruler and a savior.

November 20th is Transgender Day of Remembrance. You might consider adding a prayer for transgender folks, or even naming those who have died in the past year. You can find an updated list of those who have been killed on this page. One idea I have heard to repurpose this day in honor of transgender folks who have died is to celebrate Christ the Queen Sunday. What might that look like? Appropriating another’s language and culture is never appropriate, but if this image would work in your context, it is something that you might consider.

Blessings to you in your reading, writing, worship prep, and pastoral duties this week. Please share your questions and ideas below!

canoeistpastor is Katya Ouchakof, co-pastor at Lake Edge Lutheran Church in Madison, WI. She is a contributor to There’s a Woman in the Pulpit, occasional hospital chaplain, freelance writer, professional canoeing instructor, and Star Wars enthusiast. She blogs occasionally at Provocative Proclamations.